Stories Going Beyond The Mainstream

GEORGE WASHINGTON UNIVERSITY MILKEN INSTITUTE SCHOOL OF PUBLIC HEALTH
WASHINGTON, DC (Aug. 31, 2016) -- Flooding due to rising ocean levels. Debilitating heat waves that last longer and occur more frequently. Rising rates of diseases caused by ticks, fleas, and mosquitoes, such as Lyme disease, Chikungunya, and Zika. Increasing numbers of Emergency Room visits for asthma attacks due to higher levels of ground-level ozone. Impacts of climate change such as these will affect cities across the country.
Read More

Elephants Are Disappearing At Accelerated Rate

There are far fewer African elephants than we thought, study shows

Linyanti Swamp, Botswana (CNN)Scanning Botswana's remote Linyanti swamp from the low flying chopper, elephant ecologist Mike Chase can't hide the anxiety and dread as he sees what he has seen too many times before.
"I don't think anybody in the world has seen the number of dead elephants that I've seen over the last two years," he says.
From above, we spot an elephant lying on its side in the cracked river mud. From a distance it could be mistaken for a resting animal.
Read More

Reality Check: A FED Policy Change Would Cause Unprecedented Trauma 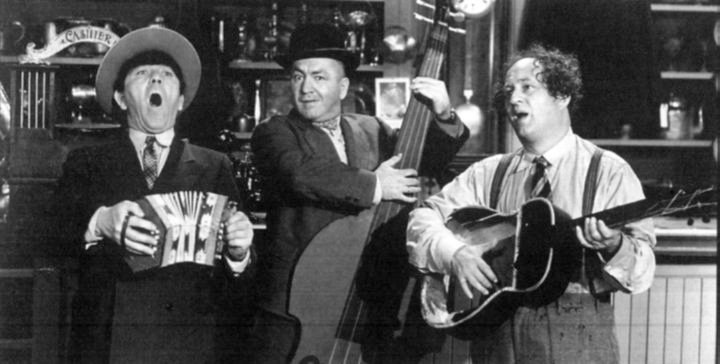 Jackson Hole – What Have We Learned?

Chair Yellen’s much-awaited Jackson Hole speech has been touted in the media as suggesting that there will soon be a second rate hike to follow the FOMC’s December 2015 move. However, many have noted that there was actually little, if anything, new in the speech. She did note that there was continued improvement in the economy, especially on the employment front. Some suggest that a possible move in September would hinge upon the release of the next employment number for August, and some of the FOMC participants in attendance noted that all meetings were still live. Eurozone Unemployment Is Still A Disaster - Time To Get Rid Of The Euro, Finally

Back a couple of years when the world, well, at least the world of economics wonks, was transfixed by the spectacle of Greece imploding there were some of us who simply pointed out that the euro was a bad idea, had always been and always would be a bad idea, so the best thing Greece could do was leave. We were shouted down because Greece would suffer terrible pain if it did leave and just wait, things will get better in the future. And this is that future right now.
And youth unemployment in Greece is still over 50%. Unemployment as a whole is up at 23.5% – the sort of level the United States had in the middle of the Great Depression. That future has arrived and things haven’t got better- as we were saying, the euro is a bad idea. And it’s not just in Greece either.
Read More

Red Ponzi Ticking—-China And The Dark

Side Of The Global Bubble, Part 1

Donald Trump is absolutely correct that China is a great economic menace. But that’s not owing to incompetence at the State and Commerce Departments or USTR in cutting bad trade deals.

Nor is it even primarily due to the fact that China egregiously manipulates it currency, massively subsidizes its exports, wantonly steals technology, chronically infringes patents and hacks propriety business information like there is no tomorrow.

The International Monetary Fund estimates China’s
nonperforming-loan ratio at 15%, compared with the official
1.75% figure reported by the government, because of
differences in the way bad loans are recognized.
Read More

Renewable Energy Just A Trendy Oxymoron, That Is A BIG HOAX!!! The Challenges & Opportunities In A Transition To 100% Renewable Energy

Post Carbon Institute Fellows Richard Heinberg and David Fridley gave a joint presentation to the Security & Sustainability Forum—to share the key findings and takeaways that emerged from the analysis they conducted to co-author Our Renewable Future.
Below is a recording of their presentation.
https://vimeo.com/179377501
Read More

Ever Wonder Who's Next?

World Population May Rise To Nearly 10 Billion By 2050

The world population will reach 9.9 billion in 2050, increasing by 33 per cent from an estimated 7.4 billion now, the latest report from the Population Reference Bureau (PRB) has predicted. If the assumptions underlying 2050 projections by the PRB’s World Population Data Sheet are applied to subsequent years, the world population would hit the 10 billion mark in 2053, with set to Asia gain about 900 million to 5.3 billion.
(ALSO READ: Humans altered 97 per cent of most species-rich places on Earth )
“Despite declines in fertility rates around the world, we expect population gains to remain strong enough to take us toward a global population of 10 billion,” said Jeffrey Jordan, president and CEO of PRB. “Significant regional differences remain, though. For example very low birth rates in Europe will mean population declines there while Africa’s population is expected to double,”
Read More