Soon The Elephants May Be Gone...

There are far fewer African elephants than we thought, study shows

Linyanti Swamp, Botswana (CNN)Scanning Botswana's remote Linyanti swamp from the low flying chopper, elephant ecologist Mike Chase can't hide the anxiety and dread as he sees what he has seen too many times before.
"I don't think anybody in the world has seen the number of dead elephants that I've seen over the last two years," he says.
From above, we spot an elephant lying on its side in the cracked river mud. From a distance it could be mistaken for a resting animal.
But the acrid stench of death hits us before we even land.
Up close, it is a horror.
Chase, the founder of Elephants Without Borders (EWB), is the lead scientist of the Great Elephant Census, (GEC) an ambitious project to count all of Africa's savannah elephants -- from the air.
Before the GEC, total elephant numbers were largely guesswork. But over the past two years, 90 scientists and 286 crew have taken to the air above 18 African countries, flying the equivalent of the distance to the moon -- and a quarter of the way back -- in almost 10,000 hours.
Prior to European Colonization, scientists believe that Africa may have held as many as 20 million elephants; by 1979 only 1.3 million remained -- and the census reveals that things have gotten far worse. 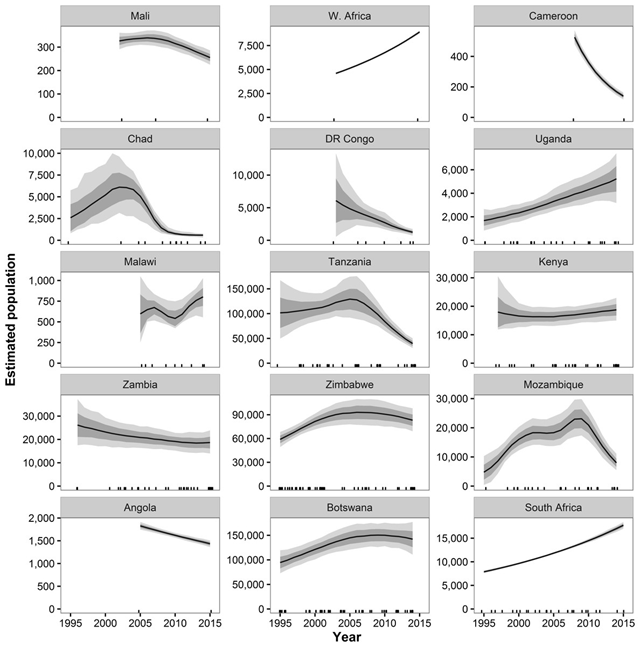 According to the GEC, released Thursday in the open-access journal PeerJ, Africa's savannah elephant population has been devastated, with just 352,271 animals in the countries surveyed -- far lower than previous estimates.
CNN World

The International Community’s Failure in Yemen

Saudi Arabia’s intervention has deepened and prolonged the crisis by bolstering support for the Houthi forces. It has also diminished their reputation with key allies, such as the US, and has damaged the credibility of the nation. The tragic failures could not come at a worse time as falling oil prices and new austerity measures are presenting domestic challenges.
http://lobelog.com/the-international-communitys-failure-in-yemen/

1,900 drug-related killings have been recorded, drawing sharp criticism from human rights groups who denounced the Philippine leader for "steamrolling the rule of law". At least 750 of the incidents were linked to police operations. Of the three million suspected drug dependents in the country, 600,000 have turned themselves in to authorities.
http://www.aljazeera.com/indepth/interactive/2016/08/philippines-death-toll-duterte-war-drugs-160825115400719.html

Sea-level rise in China’s three most vulnerable regions: “large areas and a great number of cities…will be beneath the sea despite all the present tide-and-flood control facilities”. And that will include China's manufacturing heartland, which is responsible for 40% of the nation's exports.
http://www.climatecodered.org/2016/08/how-climate-change-will-sink-chinas.html

Climate Change and the US Infrastructure

Australia’s ecosystems are already showing the signs of climate change, from the recent death of mangrove forests in northern Australia, to the decline in birds in eastern Australia, to the inability of mountain ash forests to recover from frequent fires. The frequency and size of these changes will only continue to increase.
https://theconversation.com/climate-change-will-create-new-ecosystems-so-lets-help-plants-move-64239