Infographic: Are We in the Midst of a Sixth Mass Extinction?

Are We in the Midst of a Sixth Mass Extinction? by Bill Marsh, Sunday Review Graphics Editor, New York Times
Bill Marsh’s black-and-red image depicts species at risk of extinction, based on data from the International Union for Conservation of Nature. When it comes to designing infographics, Marsh says there’s a dance between visual appeal and clarity of information. For example, he chose a big cat to represent all mammals because, “right away [they] convey that we’re talking about a certain type of animal, and big cats in particular are threatened.” To signify threatened flowering plants, he chose a maple leaf, because not all flowering species have the typical floral bloom. “We didn’t want to give people the wrong impression by literally selecting a flower image,” he says. 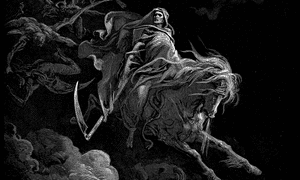 How humans are driving the sixth mass extinction

Scientists have been warning for decades that human actions are pushing life on our shared planet toward mass extinction. Such extinction events have occurred five times in the past, but a bold new paper finds that this time would be fundamentally different. Fortunately, there’s still time to stop it.

Privatization on a massive scale will take place in the coming years – perhaps comparable to Greece. Privatization will be accompanied by austerity programs, cutting of health and education benefits, of pensions and other social safety nets.
http://www.globalresearch.ca/brazils-parliamentary-coup-and-the-progressive-media/5543597

Coca-Cola along with more than 50 other companies were accused by Colombian courts of financing terrorism for their ties to the now-disbanded paramilitary organization.
http://www.telesurtv.net/english/news/Colombia-Coca-Cola-Accused-of-Funding-Terrorist-Paramilitaries-20160901-0005.html

While Tesla racks up a record-setting 400,000 presales for its affordable Model 3 due out next year, the world’s leading EV maker, China’s BYD, has already sold more EVs than Tesla, GM, and Nissan combined!
https://thinkprogress.org/china-to-boost-electric-vehicle-sales-10-fold-211053eb032b#.iz8qgs1su

Community-scale solar can power corporations, too

Corporations are entering the renewables market in force, and they will find much to like in the community-scale solar market segment.
https://onestepoffthegrid.com.au/community-scale-solar-can-power-corporations/