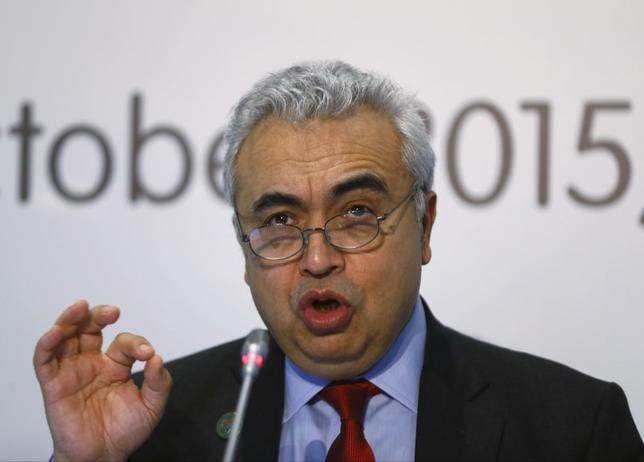 International Energy Agency’s (IEA) Executive Director Fatih Birol speaks at a news conference on the sidelines of G20 Energy Ministers Meeting in Istanbul, Turkey, October 2, 2015. International Energy Agency (IEA) chief Fatih Birol said on Thursday he expects the oil market to come back into balance from oversupply by next year, providing there is no major economic downturn. Birol said low oil prices have cut oil investment by about 40 percent in the past two years, with sharp falls in the United States, Canada, Latin America and Russia, and the world’s reliance on Middle East oil will accelerate substantially in the next few years. “This year, we are expecting the biggest decline in non-OPEC oil supply in the last 25 years, almost 700,000 barrels per day. At the same time, global demand growth is in a hectic pace, led by India, China and other emerging countries,” he told […]
reuters.com 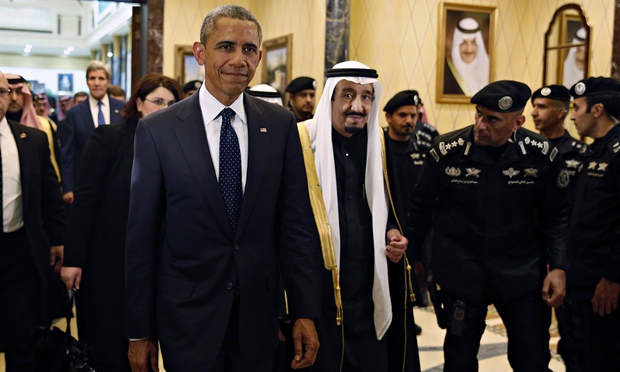 President Obama and King Salman of Saudi Arabia spent more than two hours in a closed-door meeting that American officials said was cordial but underscored deep differences with the kingdom over Iran, human rights and the best way to fight terror. The two leaders met in Riyadh on Wednesday against the backdrop of a public debate in the United States Congress about a bill that would allow the Saudi government to be held legally responsible for the Sept. 11, 2001, attacks if it is established that any officials played a role — a charge Saudi officials have long denied. Administration officials said the issue of the Sept. 11 attacks did not come up during the meeting with the king at Erga Palace, an opulent compound lined with palm trees and […]
nytimes.com

Kuwaiti oil workers sit at the union’s headquarters in Al-Ahmadi, south of Kuwait City, on… Oil workers in Kuwait have ended a three-day strike that had almost halved crude output in the Organization of the Petroleum Exporting Countries’ fourth-largest producer, after the government said it wouldn’t negotiate while the walkout lasted. Workers resumed their jobs earlier Wednesday “out of respect for the country’s emir” after successfully showing the importance of their role in the economy, the oil-workers union said in a news release. The move came just hours after Kuwait’s acting oil minister, Anas al-Saleh, ruled out negotiations with the employees until they ended their strike and said the country’s oil sector would continue to operate despite the strikes. “The goal in going on strike was to send a clear message,” the Union of Petroleum and Petrochemical Workers said in the statement. “The workers reiterated in their action their […]
wsj.com

Iran’s Dilemma: Too Much Oil And Not Enough Ships

Late last week, just ahead of the Doha meeting, we reported that Iran’s existing oil tanker armada, which until recently had been on anchor next to the Iranian coast and which according to Windward data was storing as much as 50 million barrels offshore, had finally started to move. The reason, as Bloomberg reported , was that tankers carrying about 28.8 million barrels of crude, or more than 2 million a day, left the Persian Gulf country’s ports in the first 14 days of April. That compares with a rate of about 1.45 million barrels a day in March. As a result, Iran’s crude shipments have soared by more than 600,000 barrels a day this month, and offset the entire production decline of U.S. producers with just half a month’s incremental production. However, now that the shipping armada has sailed to its various (mostly Asian) destinations, it may be […]
oilprice.com
Posted by T A McNeil at 05:00